Serving the Underserved: How We Can Make a Difference

Who are the medically underserved? 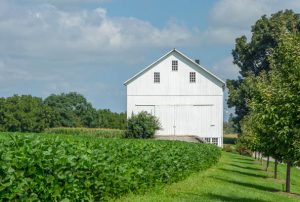 This question continues to be debated by communities, municipalities and agencies at both the state and federal level. This edition of our newsletter is not intended to debate the definition of this term, but rather to create a personal context for the medically underserved by highlighting the work of our programs and connection to real people and conditions in North Carolina. The Center of Excellence for Integrated Care is working with sites to help overcome barriers this population faces to behavioral healthcare and Rural Forward NC is helping those affected recover from the aftermath of Hurricane Matthew, whose appearance on October 8, 2016 brought the fragility of the communities in the affected counties front and center. It seems that until a crisis like Hurricane Matthew arises, we tend to discuss the issues related to individuals who are vulnerable with less urgency and as policies, not people.

North Carolina is fortunate to have the North Carolina Institute of Medicine, whose work highlights the services and needs of our state. Two of their publications are important to share, as they provide some assistance and perspective regarding the underserved and what we can all do to help. First, is a manual intended to help communities identify unmet health care needs and develop or expand on safety net organizations, which typically have a mission or legal obligation to provide health services to underserved populations. Second is a more recent brief, which highlights new opportunities to expand health insurance access to low income North Carolinians.

At the end of the day, it’s important to remember that there are a tremendous amount of people out there living with unmet healthcare needs. Ask any healthcare provider volunteering for “pop-up” one-day medical clinics about their experience and they are likely to tell you they did not realize that the needs they see in these communities could be possible in the United States. They are. So, the next time a person asks for help or passes you on the street and you think you know their story, take a second glance and ask yourself if that person or family was always in their present circumstances. How did they get there? During such uncertain times, we all deserve a second “look.”

By 2025, 89 percent of NC counties will have a greater number of older adults than children. The aging baby boomers in combination with increased longevity of life will cause North Carolina’s older population to double in size in the next 15 years. This influx prompts us to think intentionally about how to support our older community members and their caregivers. As a state we are paying attention to the issues surrounding our aging citizens.

For example, in September 2008, the North Carolina Medical Journal, released an edition titled Healthy Aging in North Carolina. The journal introduces the challenge of healthy aging, in which older adults are able to live disease-free, maintain their physical and mental functioning and actively engage in their communities. The edition draws on the expertise of stakeholders across the state who offer a roadmap for preparing for an increasingly older population.

In addition, the North Carolina Institute of Medicine (NCIOM) is hosting two task forces related to aging that convene stakeholders and organizations on the health issues we face:

Alzheimer’s disease is the most common form of dementia, which generally refers to a spectrum of symptoms associated with memory and cognitive function loss which can result in an inability to perform daily tasks.

“It touches so many people. Everyone knows someone who suffers from Alzheimer’s, or who cares for someone with dementia,” said Michelle Ries, who heads up the task force.

The group hopes to increase awareness and reduce stigma about the disease, which is a prevalent problem.

“People don’t want that label because it may affect their employment or even personal relationships,” said Ries. This reluctance causes problems for data collection and efficient delivery of care.

Another aim of the task force is to support people with dementia and their families with improved services. “What we’ve found is that it’s very helpful for caregivers to stay active and connected in the community,” said Ries.

Caring for a loved one with Alzheimer’s disease or related dementia can be very taxing. The report targets specific goals for supporting the estimated 444,000 North Carolinians who provide unpaid care for their family member with dementia.

The task force’s action plan will be published in March 2016, and will provide our state with tactical directions for preparing for an aging population in North Carolina.

The work of NCIOM and their partners exhibits North Carolina’s commitment to understanding and preparing for our unique challenges. The message is clear from the North Carolina Medical Journal: “We all need to work together and share the responsibility to increase the quality of life for all North Carolinians.”

To learn more about the work of the task force, visit:
http://www.nciom.org/task-forces-and-projects/?task-force-on-alzheimers-disease-and-related-dementia