The Foundation for Health Leadership & Innovation Award recognizes individuals who are invested in improving the health of their community or region. This recipient exemplifies FHLI’s whole-person and whole-community approach to health and reflects FHLI’s values. This recipient is deeply respected among his/her peers, and he/she can be mid-to-late career and likely works in partnership with at least one of FHLI’s programs. 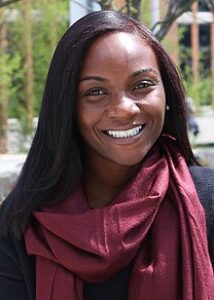 A native of Hurdle Mills, North Carolina, Dr. Corbett is a viral immunologist at the Vaccine Research Center (VRC) at the National Institute of Allergy and Infectious Diseases, National Institutes of Health (NIAID NIH) based in Bethesda, Maryland. Appointed to the VRC in 2014, she is currently the scientific lead of the VRC’s Coronavirus Team, with research efforts aimed at propelling novel coronavirus vaccines, including a COVID-19 vaccine.

In December 2020 the Institute’s Director Anthony Fauci, said: “Kizzy is an African American scientist who is right at the forefront of the development of the vaccine.”

Dr. Corbett graduated from Orange High School in Hillsborough, North Carolina in 2004. While in high school, Corbett realized that she wanted to pursue a scientific career, and as part of a program called ProjectSEED, spent her summer holiday working in research laboratories, one of which was at UNC’s Kenan Labs with organic chemist James Morkin. 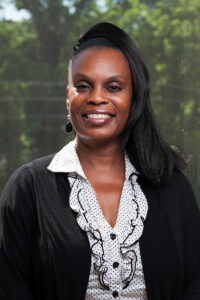 As the oldest of five, Dawna has been a leader and caretaker her entire life.

“When I was younger,” says Dawna, “I would always try to solve my siblings’ problems, and I would do everything I could to find a solution whether it took two minutes or 10 years.”

That same giving spirit followed her into adulthood. Four years ago, Dawna donated a kidney to her brother who was experiencing kidney failure.

“The whole family got tested to be donors, and I was the best match,” said Dawna, who agreed in a heartbeat. “The decision was simple. A person I love was in need and I held the keys.”

But Dawna’s family has not been the only recipient of her generosity. For nearly two decades she has served as an outreach coordinator at the McDowell Senior Center, facilitating home services for residents and helping Medicare beneficiaries make informed decisions about their health care needs.

Dawna began working at age 13 as an office assistant at McDowell High School during the summer and later interned as a bookkeeper. After becoming a single mother at 16, Dawna’s parents – her father was a military veteran and officer in the McDowell County Sherriff’s office, and her mother was a factory worker and studied to become a nurse – offered to take care of her son so she could attend college. But Dawna was determined to raise her son on her own.

“So many people up until that point had sowed seeds that helped shape me into a strong, determined and positive person,” she says. “I just knew I could do it on my own because of the people who believed in me, and I knew I wanted to be able to give others that same support down the road.”

After deferring college for several years, Dawna graduated from McDowell Technical Community College and began working a host of jobs, including work at a factory and car dealership. It was during that time that Dawna became passionate about improving the schools her children attended and supporting the faculty to help them provide the best education possible.

Whether petitioning county and city officials to implement a countywide transit service so residents could more easily access jobs and housing or encouraging groups to write “love letters” to immigrant neighbors, Dawna’s imaginative approach to service has benefited and empowered the entire McDowell County community.

The recipient of the 2019 Duke Energy Citizenship and Service Award and the Martin Luther King Jr. Spirit Award, Dawna credits much of her success to simply listening to and engaging with members of her community, a trait she values in Dogwood Health Trust.

“Listening to the people who might be affected by decisions I make has been a critical part of my leadership development,” says Dawna. “The folks who live here know the problems better than anyone. It’s just a matter of listening to determine how I can be the best partner in finding solutions.” 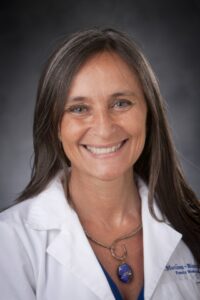 Dr. Martinez Bianchi is a practicing family physician at Duke and Director for Health Equity for the Department of Family Medicine and Community Health, who has long been engaged locally, across the state, and nationally in promoting and advocating for diversity and health equity. She has collaborated on multiple initiatives to improve health equity in Durham and across the state of North Carolina, and chaired the national health equity team for Family Medicine for America’s Health, addressing family medicine’s capacity to improve health equity through collaboration, accountability and coalition-building.

As COVID-19 struck North Carolina, she was one of the first to raise alarms about the disproportionate impact of COVID19 among the state’s minority groups, the absence of testing sites in Hispanic and Black communities, and the need for protective equipment, and access to food and housing support, so that those who are exposed or test positive can safely isolate. Martinez-Bianchi is a founding member and co-director of LATIN-19 (Latinx Advocacy Team and Interdisciplinary Network for COVID-19), which quickly amassed data and stories, and successfully advocated for expanded testing, culturally appropriate messaging, and access to needed social supports for these communities. She has been appointed to the NC DHHS Task Force on Historically Marginalized Populations, the Durham Health Departments Latino Health Roundtable, and has been a leader in the FHLI-led NC Resilient American Communities effort.

Through her work she has epitomized the whole-person and whole-community approach to health, and the need and value of working with our historically marginalized communities as we do so.

Additional information about Dr Martinez-Bianchi and her work can be found at: 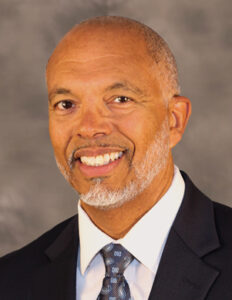 Benjamin Money joined DHHS in 2019 as the Deputy Secretary for Health Services. He previously served as President and Chief Executive Officer of the North Carolina Community Health Center Association (NCCHCA), serving the 41 community health centers in the state. He led NCCHCA during a ten-year period of unprecedented growth in organizations, clinical sites and patients served.

In this role, Money was a member of the boards of the NC Institute of Medicine, the NC Health Care Quality Alliance, the NC Health Information Exchange Advisory Board, the NC Safety-net Advisory Council, the Care Share Health Alliance and the public health practice advisory committees for both the East Carolina Brody School of Medicine and the Gillings School of Global Public Health at the University of North Carolina at Chapel Hill. 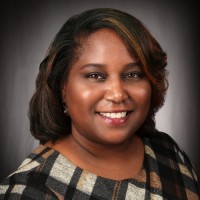 As the Director of Community Engagement and Marketing Activation at Blue Cross and Blue Shield of North Carolina Cheryl Parquet is responsible for the development and implementation of all corporate-based philanthropic initiatives, including community investments and employee volunteerism, sports sponsorships, activation, and marketing events to help improve the health and wellness of North Carolinians.

In 2019, Parquet was appointed to serve on the Commission for Volunteerism and Community Service by Governor Cooper. She is an active board member for Durham Children’s Initiative, YMCA of the Triangle, Leadership North Carolina, Girl Scouts of Coastal Pines and Wake Technical Community College Foundation. Parquet is a Goodmon Fellow and a graduate of Leadership North Carolina Class of XXVI. She is a member of Sigma Gamma Rho Sorority, Inc Durham Alumnae Chapter and The Durham Rotary Club.

In her spare time, she enjoys volunteering with various non-profits in the community, spending time with her family and watching movies. 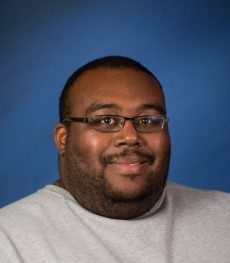 Chester B. Williams is the Founder and Chief Empowerment Officer of A Better Chance A Better Community (ABC2). A native of Enfield, NC, he is a graduate of North Carolina Agricultural & Technical State University with a BS in Mathematics and BFA in Professional Theatre and earned his Masters in Mathematical Physics from Indiana University. Chester worked in education for over 10 years in Indiana, Virginia, and North Carolina respectively and recently received a Nonprofit Management Certification from Duke University.

Chester founded ABC2 to uplift the youth and communities throughout rural North Carolina. ABC2 activates youth power to shape a healthier world in their own communities and beyond by connecting rural communities with resources and opportunities.

As Chief Empowerment Officer, Chester supports the ABC2 World Changers, the youth of ABC2. Together they created a large Community Garden which provides fresh seasonal produce for the Enfield Farmer’s Market. Proceeds from farm sales go directly to scholarships and training programs for the youth and teens in the community, continuing a loop of investment and commitment that is evident in all Williams’ efforts. The World Changers also host Teen Unity Summits, bringing together young people to highlight social issues impacting teens today, as well as cooking classes with younger children and their families.

Chester is a visionary and a tireless optimist, who stands beside the World Changers and helps facilitate the vision they have for a powerful and just future. Chester sees the community garden as a vehicle for everything from self-esteem building to financial literacy and service learning. ABC2 partners with numerous organizations and agencies. In addition, Chester serves on several committees and boards —the Halifax Community College Foundation Board, Southeastern Halifax Coalition, and iCreate Art Initiative, to name a few — to foster collective engagement and partnership that are key to a vibrant and healthy community.

Articles by and about Chester Williams: